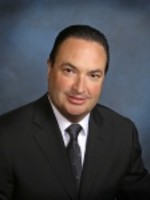 Chairman of the Board

Pierre Legault has served as a member of the Company’s Board of Directors since January 2016 and has been Chairman of the Board of Directors since March 2016. He has over 35 years of experience working in the  pharmaceutical and biotechnology industry. Pierre Legault is also a director of Syndax   Pharmaceuticals and Armo Biosciences. In the past, he was a director at Tobira Therapeutics, NPS Pharmaceuticals, Forest Laboratories, Regado Biosciences, Iroko Pharmaceuticals, Cyclacel Pharmaceuticals, Eckerd Pharmacy and NephroGenex, a biotechnology focused on kidney diseases, where he served from 2012 to 2016 as the Chairman and Chief Executive Officer. From 2010 to 2012, he served as the President and Chief Executive Officer of Prosidion Ltd., specialized in the treatment of diabetes and obesity. From 2009 to 2010, he served  as  the  Executive  Vice  President,  Chief  Financial  Officer  and  Treasurer  of  OSI  Pharmaceuticals. Mr. Legault  also  served  as  the President of Eckerd Pharmacy and Senior Executive Vice - President  of  Rite  Aid  Corporation. Between  1989  and  2005,  he  held  various  roles,  such  as  President, CEO and Chief  Financial  Officer,  at  legacy  companies  of  the  Sanofi - Aventis  group.  Mr.  Legault  holds  an  MBA  in  Marketing  from McGill University and a Bachelor’s degree from HEC (France). He also studied at Harvard Business  School. He holds an MBA, BAA, CA, CPA and Six Sigma Green Belt diplomas. 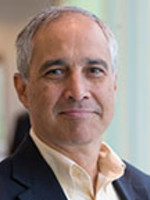 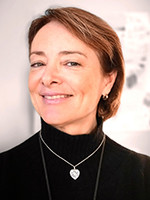 Pascale Boissel is a consultant in finance and restructuring operations, a field in which she has 25 years of experience. Pascale Boissel is the part-time CFO of Novadiscovery, a biotech company which develops models and simulations in order to avoid the risks in developing new drugs. Before that, she was previously the Deputy-Chief Executive Officer and Head of Finance and Administration of the BIOASTER institute, a French not-for-profit organization that develops collaborative research programs in the field of infectious diseases and microbiology. In 2009, Madame Boissel joined biotech company Ipsogen in the United States and was responsible for financing activities. She played a major role in the transaction which led to completion of the acquisition of Ipsogen in 2011. Before joining Ipsogen, she worked for listed French companies, as Deputy Chief Financial Officer, in the sector of transactions and commercial control. Pascale Boissel began her career in audit and corporate finance at PricewaterhouseCoopers. She has significant experience in international accounting practices. 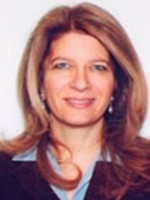 Janice Bourque has served as a member of the Company's board of directors since January 2016. She has served as the Managing Director, Life Sciences of Hercules Technology Growth Capital Inc., a technology and life science specialty finance company, since 2010. From 2009 to 2010, Ms. Bourque served as a consultant for Commons Capital, where she advised and provided strategic corporate investor fund raising. From 2005 to 2009, she served as the Senior Vice President and Group Head-Life Sciences at Comerica Bank in Boston, Massachusetts. Ms. Bourque also held the position of President and Chief Executive Officer of the Massachusetts Biotechnology Council, the oldest biotechnology trade association in the world, where she was instrumental in its growth from 1992-2004. Ms. Bourque currently serves on the board of directors and audit committee of The Village Bank. Ms. Bourque holds a M.B.A. in Finance and Accounting from the University of New Hampshire and has a Bachelor of veterinary science degree. 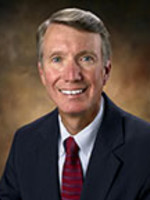 Rich Kender has served as a member of the Company's board of directors since 2015. Mr. Kender joined Merck & Co., Inc. in 1978, and served as Merck’s Vice President of Corporate Development from 1996 to 2000. In 2000, he was promoted to Senior Vice President and his responsibilities were expanded to include Corporate Licensing and Worldwide Business Development, where he managed Merck’s Mergers and Acquisitions, Licensing, Financial Evaluation and Analysis and Global Competitive Intelligence departments. Mr. Kender retired from Merck in September 2013. Mr. Kender currently serves on the board of directors and audit committee of Seres Therapeutics and on the board of directors of Abide Therapeutics. He holds a BS in Accounting from Villanova University and an MBA from Fairleigh Dickinson University. 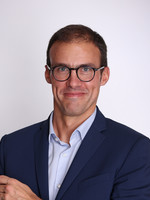 Thomas  Kuhn  began  his  career  with  Merck  KGaA  in  2000  where  he  held  various  positions  in  clinical  development, mainly  in  the  therapeutic  area  of Type  2  diabetes  and   was   responsible,   in   particular,   for   forging   partnerships   with   Japanese  pharmaceutical  companies. Between 2004 and 2007, he directed Merck’s global R&D projects with  two  products  in  Phase  2  clinical  trials  and  all  the  life  cycle  management  projects  primarily  for  Glucophage®, the current reference in diabetes treatment.  Following Merck’s acquisition  of  Serono  in  2007,  Thomas  Kuhn  was  part  of  the  team  which  refined  Merck Serono’s strategy for divesting from the diabetes therapeutic area. Thomas Kuhn initiated and  concluded the project for the transfer of Merck Serono’s assets under development in Diabetes to a  new legal entity called Poxel. Since this transfer, Thomas Kuhn has been Poxel’s Chief Executive Officer. Mr. Kuhn holds a pharmacy degree from the University of Lyon I (France) and an MBA from Ashridge Business School (UK). 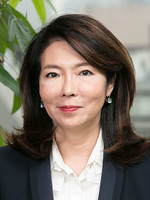 For over 30 years, Kumi Sato has served as President and CEO of Cosmo Public Relations Corporation, an award-winning strategic communications and public affairs firm based in Tokyo, Japan, with a specialized healthcare division, COSMO Healthcare. Since its founding, COSMO has consulted for over 500 companies in healthcare, food and food sciences, and the service industry. Before taking over as CEO in 1987, she founded COSMO International, which advised Japanese companies on US market entry strategies. During her time at COSMO, she has been instrumental in directing the company to broaden its international focus and has held a series of noteworthy advisor positions, such as President and Founder of Women Japan.com and Outside Director for Rokko & Associates Inc. In 2010, she founded BioCube, a think-tank to discuss Japan’s healthcare system and biotech-related topics. She currently serves as an advisor to the Global Health Innovative Technology Fund in Tokyo, a lecturer at the Graduate School of Business Breakthrough University and is Chairman Emeritus of the American Chamber of Commerce in Japan. In addition, she is co-chairman of the Global Council for the Asia Society, based in New York. Ms. Sato has also authored two business textbooks on communication strategies and corporate social responsibility. Ms Sato started her career at McKinsey & Co., New York and holds a B.A. in East Asian Studies from Wellesley College, MA. 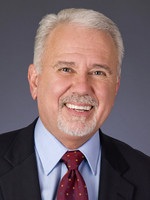 John Kozarich has over 40 years of experience in the biopharmaceutical industry and academia. He is Distinguished Scientist Emeritus at ActivX Biosciences, Inc. (La Jolla, CA), an Adjunct Professor in the College of Pharmacy at the University of Texas, Austin. At ActivX, he was Chairman and President from 2004 to 2017 and served in senior management positions since 2001. Dr. Kozarich was Vice President at Merck Research Laboratories (1992-2001) where he was responsible for a variety of drug discovery and development programs and external biotech collaborations. Previously, he held full professorships at the University of Maryland and Yale School of Medicine. He was named a Director of the Year for 2014 by the Corporate Directors Forum for his work at Ligand Pharmaceuticals (LGND), has been an American Cancer Society Faculty Research Awardee, a recipient of the Pfizer Award in Enzyme Chemistry from the American Chemical Society (ACS), the Distinguished Scientist Award of the San Diego Section of the ACS and is a Fellow of the AAAS. Dr. Kozarich currently serves on the Boards of Ligand, Intec Pharma (NTEC) and Curza (Salt Lake City, UT). He holds a B.S. in chemistry from Boston College, a Ph.D. in biological chemistry from the Massachusetts Institute of Technology and was an NIH Postdoctoral Fellow at Harvard University.