Therapeutic interventions aimed at restoring cellular metabolic and energy homeostasis are promising approaches for treating a wide range of serious chronic diseases; these include common disorders - in particular, non-alcoholic steatohepatitis (NASH) and Type 2 diabetes, as well as rare diseases such as adrenoleukodystrophy (ALD) and autosomal-dominant polycystic kidney disease (ADPKD), among others. We have focused our research and development activities on high-value targets that are important in the regulation of cellular metabolic and energy homeostasis:

Thiazolidinediones (TZDs) are a class of small molecules that have been traditionally linked to induction of gene transcription via their effects to activate peroxisome proliferator-activated receptor gamma (PPARγ). These molecules include pioglitazone, a widely prescribed medicine for Type 2 diabetes. TZDs also have non-genomic (non-PPAR) actions that include modulating the mitochondrial pyruvate carrier (MPC) and other pathways. PPARγ activation by TZDs is known to cause weight gain, fluid retention (edema) and an increase in risk of bone fractures. By modifying TZDs with deuterium – deuterium-modified TZDs (D-TZDs), Poxel has discovered novel molecules which lack significant PPARγ activity but retain selective non-genomic actions. MPC is a cellular fuel gatekeeper; its inhibition promotes fat utilization, increases insulin sensitivity, and decreases inflammation.

The lead D-TZD, PXL065, is the deuterium-modified R-stereoisomer of pioglitazone. It selectively acts through non-genomic pathways to effectively treat NASH and reduce inflammation in preclinical models with little or no observed PPARγ activation associated adverse effects. Preclinical, Phase 1 and Phase 2 results to date, supports Poxel hypothesis that PXL065 may have a better therapeutic profile than pioglitazone for NASH. D-TZDs also have strong potential in adrenoleukodystrophy and other rare metabolic disorders.

The AMP activated protein kinase (AMPK) enzyme complex (consisting of 3 distinct subunits) is major energy sensor whose role is to maintain cellular energy homeostasis. AMPK is activated by several stimuli including caloric restriction and exercise and is inhibited by overnutrition and inflammation. AMPK activation enhances catabolic processes and down-regulates anabolic pathways. Among its main effects are induction of lipid metabolism, attenuation of inflammation and inhibition of cell death in certain contexts. 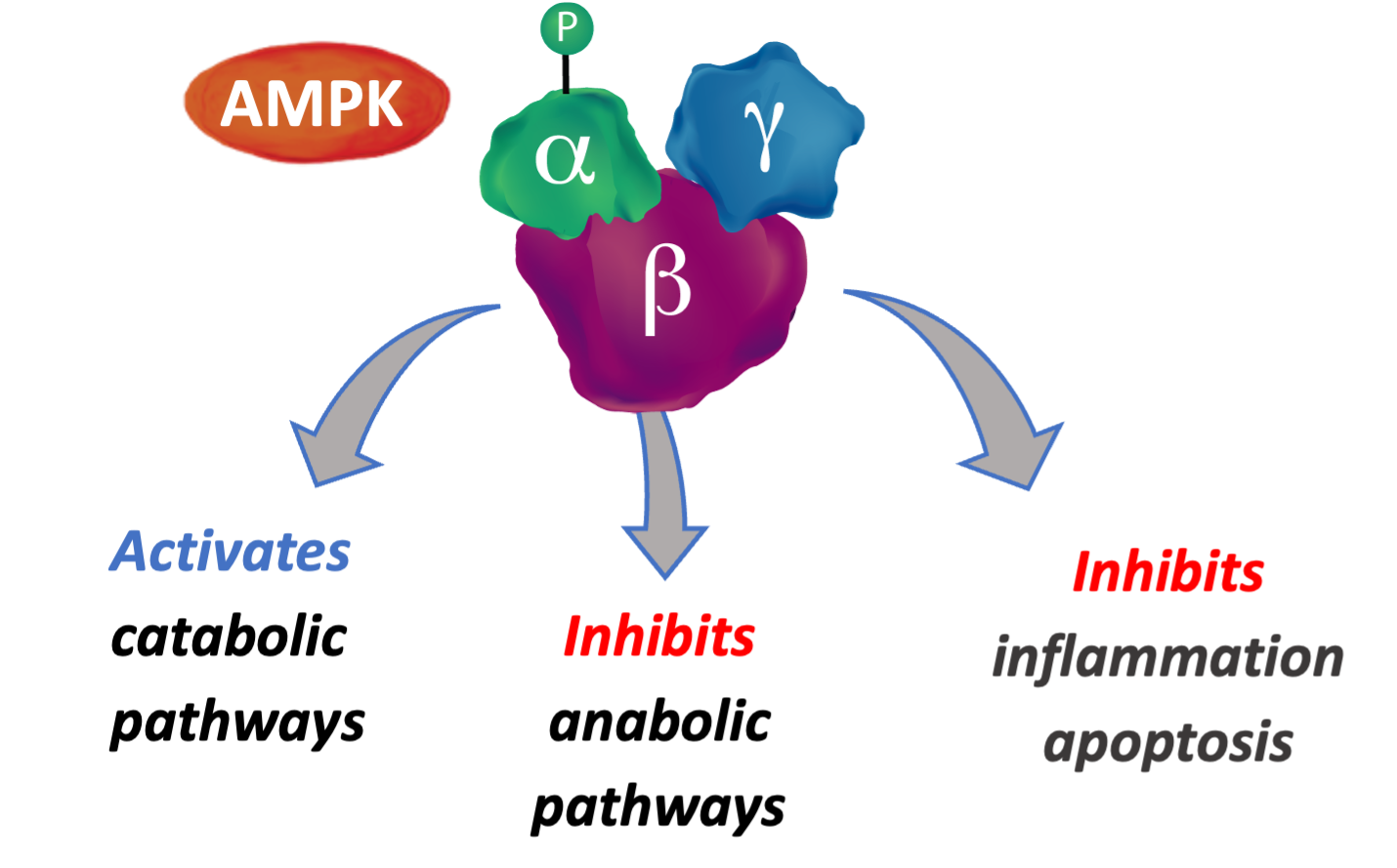 Poxel's small molecule direct AMPK activators have a wide range of effects in both cellular and in vivo model systems (including inhibition of de novo lipogenesis, reductions in pro-inflammatory pathways and insulin sensitization). Our lead AMPK activator, PXL770, has demonstrated translation of several metabolic effects to humans based on clinical Phase 1-2a trials. Direct AMPK activation is being pursued as an approach to several rare metabolic conditions including adrenoleukodystrophy (ALD), autosomal-dominant polycystic kidney disease (ADPKD), and others.

The mitochondrion is the power center of the cell generating energy through the production of adenosine triphosphate, or ATP, the primary unit of cellular energy, by oxidizing nutrients such as glucose and lipids, and contributing to the regulation of cellular and systemic energy balance.

Mitochondrial dysfunction is a prominent feature of the pathophysiology of many metabolic diseases including Type 2 diabetes, NASH, obesity and also rare disorders (in particular inherited mitochondrial diseases). Overnutrition and a sedentary lifestyle are leading causes of mitochondrial dysfunction in the context of common metabolic disorders. This disequilibrium in the cellular energy balance leads to several adverse sequelae including inadequate ATP production and an increase in the production of reactive oxygen species, or ROS, from the mitochondrial respiratory chain. Such effects can lead to insufficient insulin secretion in response to glucose and to impaired insulin sensitivity. 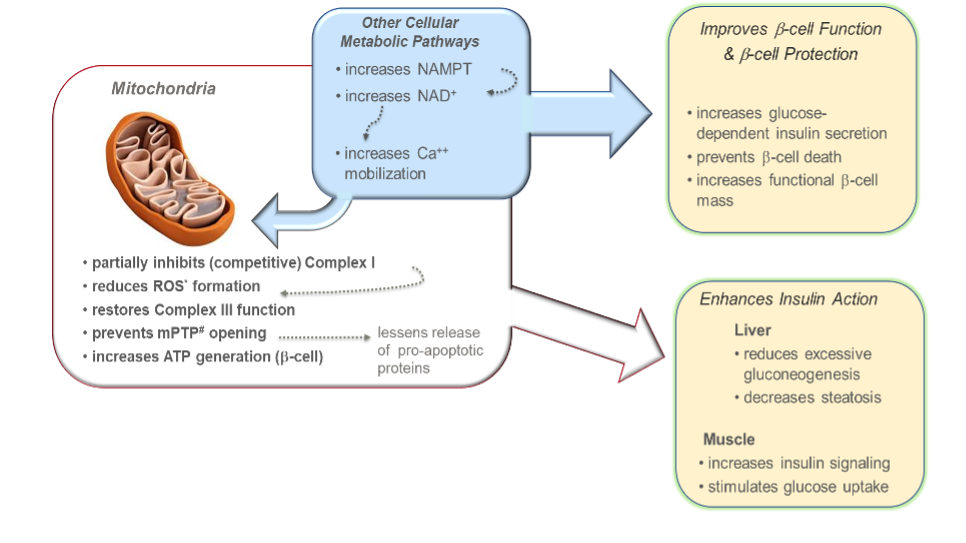